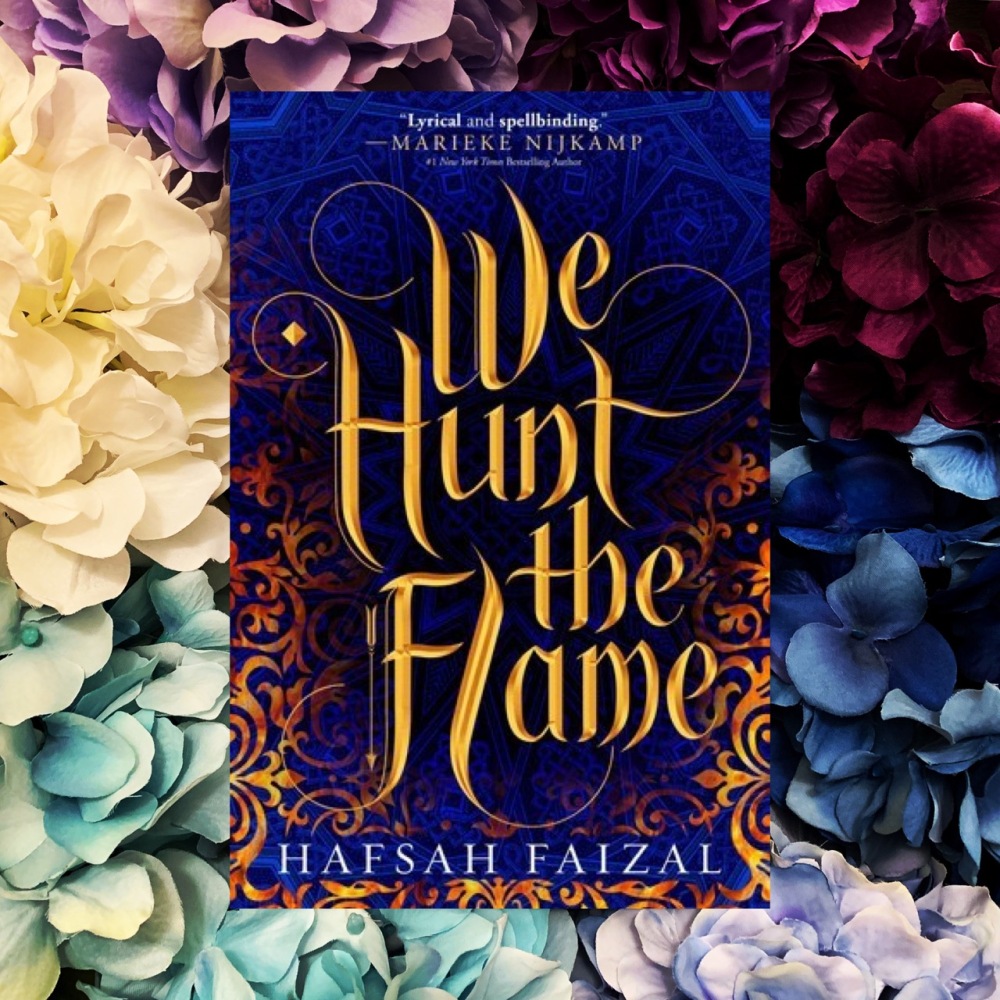 Title We Hunt the Flame

This book was very hyped up in the May 2019 YA releases so I was very excited to read it.  It was described as having an “Arabian Nights” feel which I was very interested in.

Altair – I don’t know how I feel about him as a character.  But, this ambivilance makes him my favorite character.  I don’t know what he’s up to, if he’s good or bad, or, what he will do next.  I am enjoying the mystery around him.

I want to like Zafira and Nasir more but they are spending way to much time drowning in self-pity for my taste.  Hopefully, that will improve in the next act.

The story is told from alternating third person omniscient narration that switches between Zafira and Nasir.  I like the alternating story lines, but, I don’t like the unexplained terminology used.  There are a lot of words that I can’t be sure if they are made up for the book or if they are from a real language that I just don’t speak.  Since there is no glossary, I am constantly struggling to keep track of them.  Context clues have allowed me to figure out some of them, but, there are several that I’m still not 100% sure on.  Unfortunately, the use of this unfamiliar language makes this book read like it’s part of a series (of which I have not read the first book).  It makes me feel lost.

“Love is for the children, said the girl.

Death is for fools, said the shadow.

Darkness is my destiny, said the boy.

Allegiance is my undoing, said the eagle.

Suffering is our fate, said the beauty.

And they were all horribly wrong.”

I wasn’t sure about this quote when I first read it, but now, having finished the first act, I really like it.  It alludes to another character that we haven’t met yet and I’m excited about that.  I’m pretty sure the girl is Zafira, the shadow is Nasir, the boy is Altair (Nasir and Altair might be switched), the eagle is Deen, and the beauty is the unknown.  I want it to be Kulsam but, we learn in Act I, that her tongue was cut out.  It seems odd to use the word “said” if she can no longer speak.  So I have ruled her out.  Yasmine could be the beauty but Zafira and Deen left her behind so probably not.  The prospect of a new character seems most likely so I am excited to find out who that might be.

Now that both sets of travellers have arrived at Shurr, I want the entire next portion to be about what they find there.  Obviously, I don’t want Nasir to kill Zafira and Altair but more than that, I want to see Nasir get to know Altair more.  I like their forming bromance.  And, Altair is my favorite character, so more about him should only make me like him more (I think).

More explanations – I need more background on the Arz and the safi.  22 Chapters should be enough, but I definitely need more back story.  So, in Act II, I hope to get that.