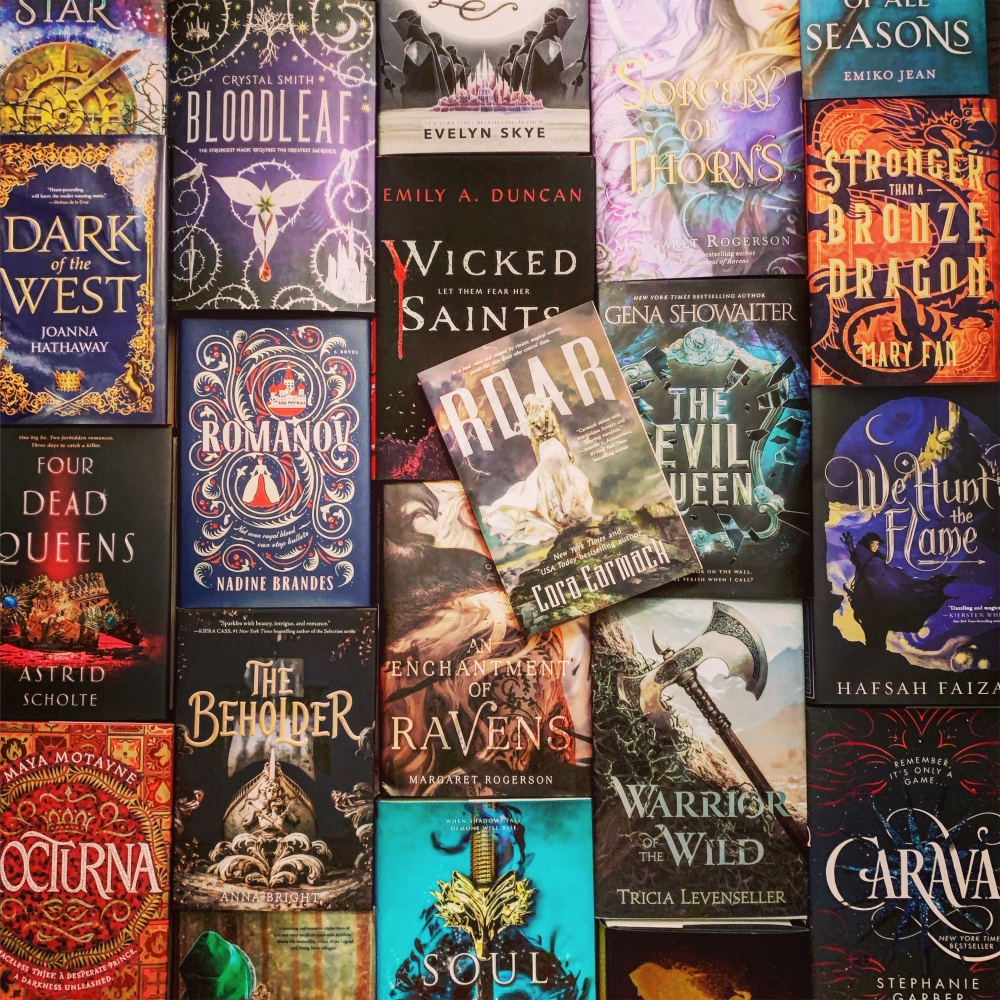 In a land ruled and shaped by violent magical storms, power lies with those who control them.

Aurora Pavan comes from one of the oldest Stormling families in existence. Long ago, the ungifted pledged fealty and service to her family in exchange for safe haven, and a kingdom was carved out from the wildlands and sustained by magic capable of repelling the world’s deadliest foes. As the sole heir of Pavan, Aurora’s been groomed to be the perfect queen. She’s intelligent and brave and honorable. But she’s yet to show any trace of the magic she’ll need to protect her people.

To keep her secret and save her crown, Aurora’s mother arranges for her to marry a dark and brooding Stormling prince from another kingdom. At first, the prince seems like the perfect solution to all her problems. He’ll guarantee her spot as the next queen and be the champion her people need to remain safe. But the more secrets Aurora uncovers about him, the more a future with him frightens her. When she dons a disguise and sneaks out of the palace one night to spy on him, she stumbles upon a black market dealing in the very thing she lacks―storm magic. And the people selling it? They’re not Stormlings. They’re storm hunters.

Legend says that her ancestors first gained their magic by facing a storm and stealing part of its essence. And when a handsome young storm hunter reveals he was born without magic, but possesses it now, Aurora realizes there’s a third option for her future besides ruin or marriage.
She might not have magic now, but she can steal it if she’s brave enough.

Challenge a tempest. Survive it. And you become its master.

I had seen a lot of buzz about this book on Instagram and at Book Con 2019.  I knew the sequel was releasing in August so while I was at Book Con, I picked up a copy of the paperback of Roar.  It sat on my shelf for about six weeks before I decided to pick it up.  Long story short, it sounded pretty cool, but it wasn’t one of those books that I was dying to read immediately when I bought it.

I’m not sure how long this series is planned to be but I’ll be honest, after reading Roar, I think I could be very happy with this being a duology.  I definitely want to continue the story, because I have a lot of questions, but, I don’t think I would continue with it right away if it’s going to be a long series.  I think this is one that I would put on the back-burner and binge at a later date, once all the books are released.

One Thing I Wasn’t Crazy About

I thought the writing style of this book was different from my usual books.  I really enjoy first person narration.  I find it helps me connect with the characters more.  Roar, however, is told from third person omniscient narration (emphasis on omniscient).  One paragraph can have sentences about Locke and the next sentence without skipping a beat is from Aurora’s perspective.  It was different from anything else I had read lately and I liked it.

This book picked up quite a bit toward the end.  I was a little on the fence about how to rate it while I was reading, but the ending really solidified this as  a four star read.  I think the ending gave the series a lot of potential and I have a theory about who I think the main villain is.

One thought on “Review – Roar by Cora Carmack”