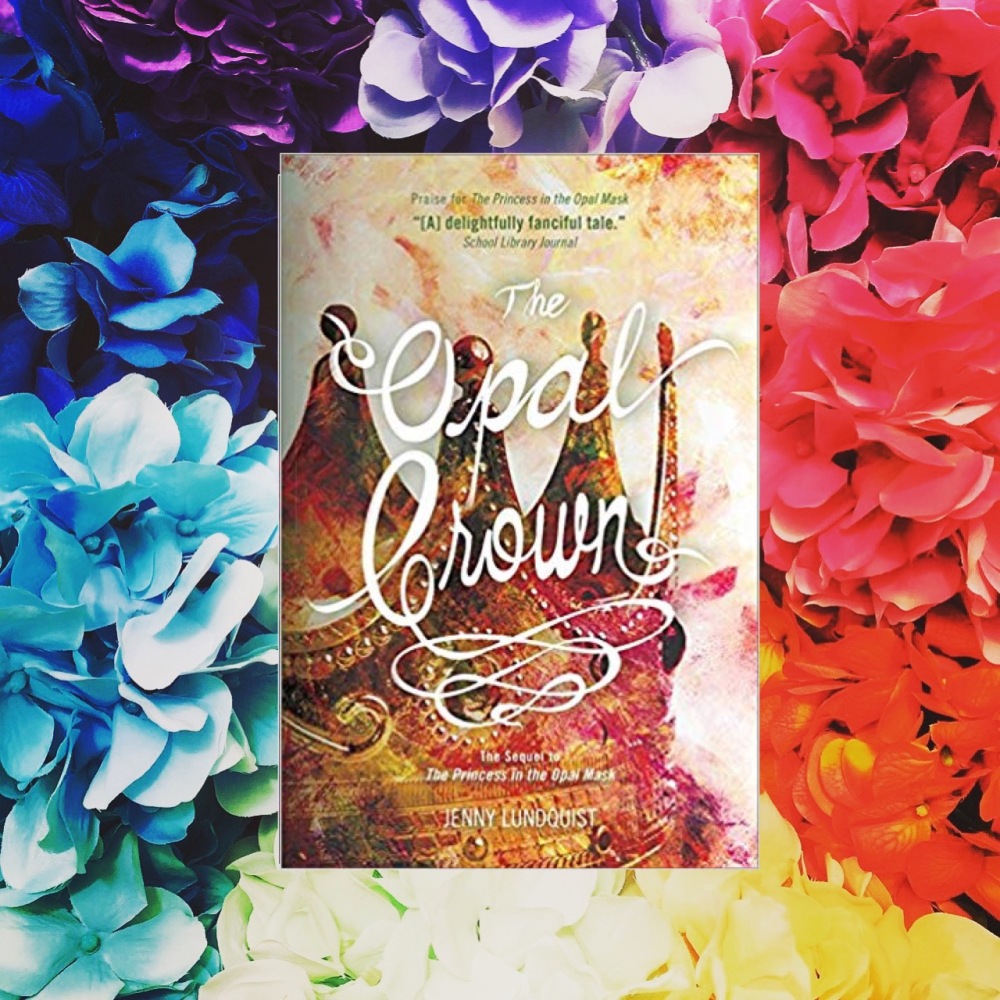 Only One Princess Can Wear the Crown . . .

A year after her betrothal to the Kyrenican prince, no one has suspected that Princess Wilha has been a decoy–and that Elara, her secret twin sister, has been pretending to be Wilha all along. Back in Galandria, their kingdom is deteriorating, and returning home could bring peace–or add fuel to the slow-burning fire.

When their father, the king, mysteriously dies and Elara and Wilha’s younger brother, Andrei, claims the Galandrian throne, he reveals the girls’ deception. Viewed as traitors, they realize they are now fighting for their lives–and for their country.

In Jenny Lundquist’s concluding sequel to The Princess in the Opal Mask, Elara and Wilha must decide who will become queen. Or rather, who will become the next savior for their people.

I liked the first book The Princess in the Opal Mask well enough that I picked up this book immediately after finishing it.  I didn’t have high expectations of this story as the first had a lot of elements that I wasn’t crazy about.  However, the overall premise was interesting enough that I wanted to see the story through.

Similar to my feelings on the first book, I think the colors are pretty but the typography is not practical.

I think the crown is much more of a focal point than the mask on the first book so I definitely liked that change.

The history – I really enjoyed the background that Jenny Lundquist provides in this story.  It really gives Wilha and Elara’s story meaning to know that they come from a long line of ancestors who faced similar issues.

Andrei’s POV chapters.  I’m fine with the idea of a lesser character having chapters but he only had two and he was the only one.  If you are going to let the minor characters narrate, you have to commit.  Andrei’s story line completely falls off and as a reader, I felt cheated since he narrated part of the story.  I expected more from him.

Oddly, this series felt too long and rushed (at different times).  Some elements were too dragged out and others were not elaborated on enough.  This story has good bones, but it was not executed to my liking.

My instincts about this series were spot on.  There was absolutely a reason that I owned these books for more than a year without reading them.  They were good, but definitely not great.

The Opal Crown on Goodreads

Buy The Opal Crown on Amazon

2 thoughts on “Review – The Opal Crown by Jenny Lundquist”