I was given a free e-ARC of this book in exchange for an honest review. 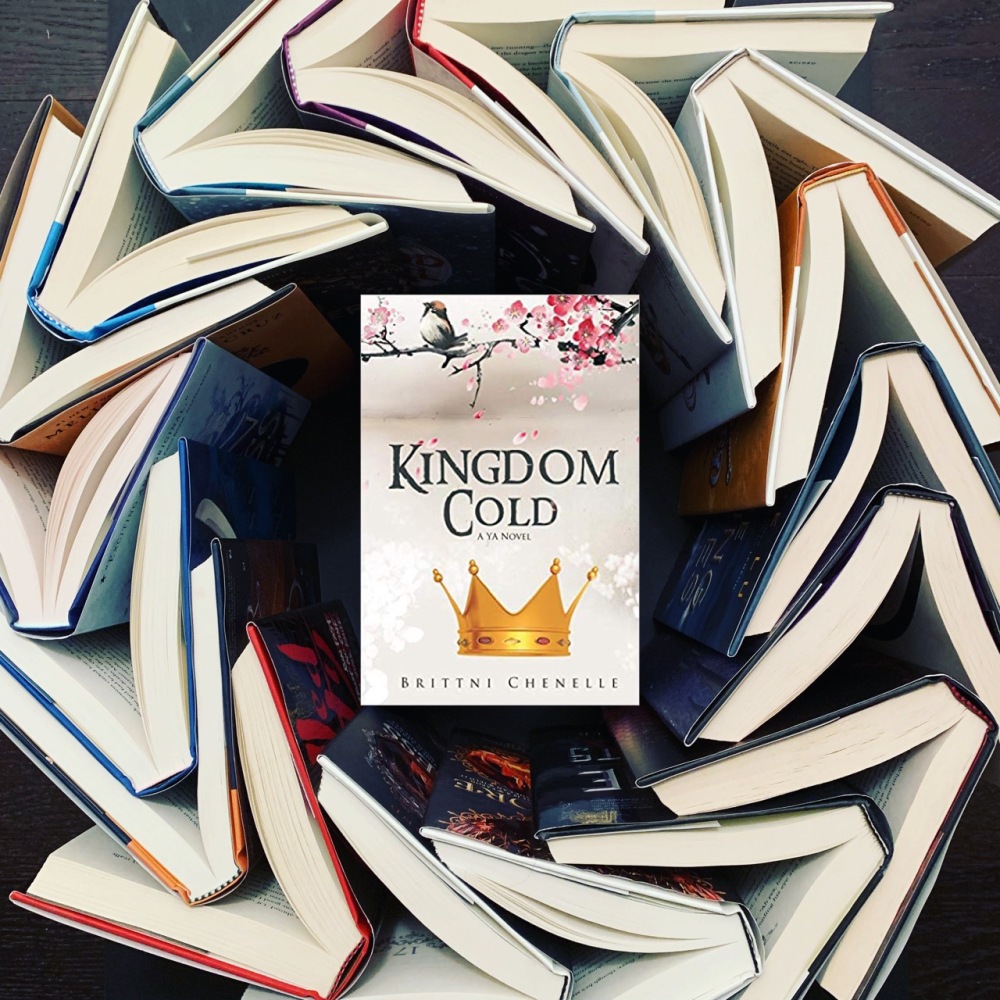 Attempted murder, that’s how sixteen-year-old Princess Charlotte’s engagement starts. It seems like the only thing she has in common with Prince Young of Vires is their mutual discontent.

When her kingdom’s attacked, Charlotte’s parents renegotiate her hand in marriage to a handsome stranger with a sinister plan. With the people Charlotte loves dying around her, and her kingdom’s future at stake, the only person she can turn to is the prince she betrayed. But, should she save her kingdom or her heart? One must fall.

Since I was given a free eARC, I didn’t have too many initial thoughts about this book.  It sounded interesting enough when I applied but I didn’t have a ton of feelings about it.  The description offered on NetGalley is somewhat vague but, it did catch my eye.

Since this is an e-book, it’s difficult to discuss the “shelf appeal” of this book.  However, I do think the cover art is pretty.  I like cherry blossoms and I think they represent Prince Young’s “eastern” kingdom nicely.

I’m not a fan of how the crown is not centered under the title – my inner perfectionist actually hates this.  If this were a physical book, it would never be a forward facing book on my shelf because of that imperfection.

I enjoyed the multiple POV, first person style in this book.  I liked that minor characters were given POV chapters.  It provided a different look at the situations unfolding.

The ending.  I hated the ending.  I thought it was pretty unnecessary.  Also, I totally didn’t see the plot connecting itself to a certain famous myth.  No spoilers, but that seemed out of nowhere.  There was one small reference to it earlier on, but I kind of wrote that off an as oversight.

Politics.  In my opinion, the politics, which is the major driver of the plot, make no sense in this story.  At one point, there are three young princes all in love with Charlotte who is basically described as so-so at best.

This book was ok.  I didn’t hate it but I didn’t love it either.  I think it had a lot of potential but it fell short.  The ending (that I didn’t like at all) shaped a lot of my opinion of the whole story.

However, despite it’s flaws, I want to give a special shout out to the fact that this was self-published.  This was impressive work for one person to produce start to finish.