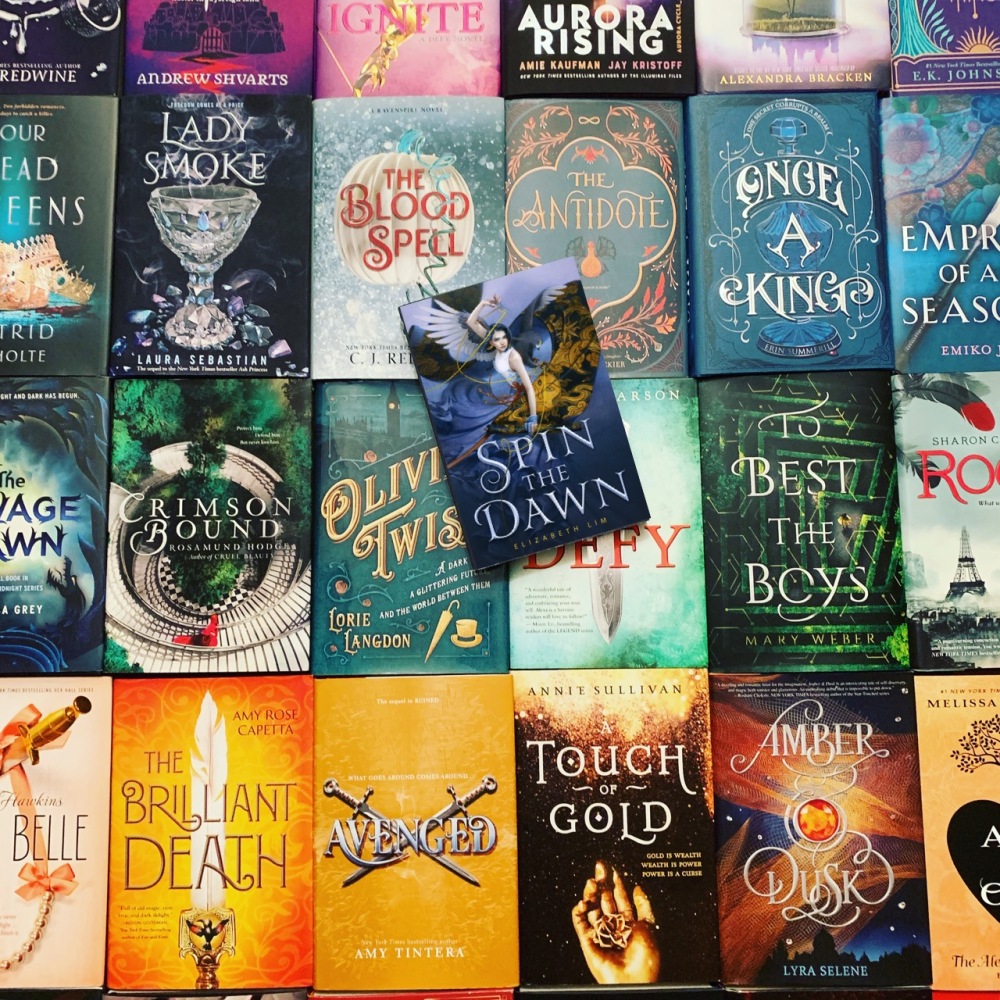 **Disclaimer: There are spoilers below for Spin the Dawn.  Please see my review if you want a spoiler free analysis.**

Maia Tamarin dreams of becoming the greatest tailor in the land, but as a girl, the best she can hope for is to marry well. When a royal messenger summons her ailing father, once a tailor of renown, to court, Maia poses as a boy and takes his place. She knows her life is forfeit if her secret is discovered, but she’ll take that risk to achieve her dream and save her family from ruin. There’s just one catch: Maia is one of twelve tailors vying for the job.

Backstabbing and lies run rampant as the tailors compete in challenges to prove their artistry and skill. Maia’s task is further complicated when she draws the attention of the court enchanter, Edan, whose piercing eyes seem to see straight through her disguise.

And nothing could have prepared her for the final challenge: to sew three magic gowns for the emperor’s reluctant bride-to-be, from the laughter of the sun, the tears of the moon, and the blood of stars. With this impossible task before her, she embarks on a journey to the far reaches of the kingdom, seeking the sun, the moon, and the stars, and finding more than she ever could have imagined.

I was so crazy excited to read this book.  Project Runway and Mulan are two of my favorite things in the world.  Therefore, this book was not to be missed.

Part One – The Trial

This section of the story is exactly what it’s described as, the test.  This is the “Project Runway” part of the story right down to the setup of the workroom.  The only thing missing was Tim Gunn saying, “Designers, make it work!”  Despite the lack of Tim Gunn, we did have challenges that seemed almost impossible, steep competition, and participants that didn’t always play by the rules.

Also, in true Project Runway style, the winners were presented with advantages in the next challenges and there are no rules about who can win or how many winners there can be.  Basically, it was just like a season of the show and I LOVED that.

In addition to the being best competition book I have ever read, we have amazing witty banter between our main character, Maia, and the royal enchanter, Edan.  I don’t even need them to fall in love at this point as long as they keep up their conversations because they are just fantastic.

I have nothing bad to say about this section.  I am super distrustful of everyone in court, except for Edan, and I want Maia and Edan to get as far away from there as they can.

I’d like to see more of Edan in Part Two.  Maia is clearly the main character but she doesn’t interact with too many different people in Part One.  I want to see that trend continue and I want her to have more time with Edan.

More of the Mulan element.  We get it a little bit when Maia takes her brother’s place, but Maia hasn’t had the hero moment that Mulan did yet and I want to see that come out in Part Two.